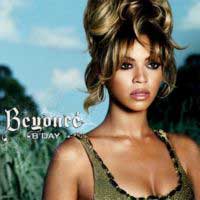 After a series of commercially-successful releases with the group, Beyoncé released her debut solo album Dangerously in Love in 2003. The album became one of the biggest commercial successes of the year, topping the album charts in the U.S. and the United Kingdom. It also spawned the number-one singles "Crazy in Love" and "Baby Boy" and earned Beyoncé a record-tying five Grammy Awards in a single night in 2004. Beyoncé's sophomore album, B'Day, which was released on September 4, 2006 (her twenty-fifth birthday) continued her success. The album spawned the UK number-one single "Deja Vu", "Ring the Alarm", and the worldwide number-one hit "Irreplaceable". The album is nominated for five 2007 Grammy Awards.

Get your Beyonce Houston Rodeo tickets today for the best selection.

Knowles' sophomore album B'Day was released worldwide on September 4, 2006 and on September 5, 2006 in the U.S. to coincide with the celebration of Beyoncé's twenty fifth birthday. In its first week the album sold more than 541,000 copies in the U.S., immediately coming in at number one, making it her highest first-week sales as a solo artist. This is also the highest first-week sales of any solo female artist in 2006. This record used to be held by pop singer Christina Aguilera who sold 346,000 copies of Back to Basics in its first week. In the UK, it debuted at number three with sales of 35,000 copies, and has sold in excess of 300,000 copies, making the album Platinum. "Deja Vu", the album's first single, features Jay-Z. Also with the co-production by Rodney Jerkins. Other co-producers on B'Day included Rich Harrison, The Neptunes, and Swizz Beatz. The album was Platinum in a month of its initial release. Currently, the album is certified 2x Platinum and has sold 2 million copies in the U.S. and 3.1 million copies worldwide.

The album's lead single "Deja Vu" became a top five hit in the United States and a number-one hit on the U.S. R&B chart and the UK chart, making it Beyoncé's second UK number-one single, when it climbed twenty spots to take the top spot over Shakira featuring Wyclef Jean's "Hips Don't Lie" in the week of August 27, 2006.

The second single, "Ring the Alarm", was leaked on the Internet August 8, 2006. The video for "Ring the Alarm" was released on August 16, 2006 on Yahoo.com and peaked at number one on the site's video chart. "Ring the Alarm" became Beyoncé's highest single charting debut, when it debuted at number twelve on the singles chart. Outside North America, "Irreplaceable" was released as the album's second international single in October 2006. It debuted at number fourteen on the official chart and is a number-one on the Irish chart. The single debuted at number eighty-seven on the Hot 100 and number forty-two on the Hot R&B/Hip-Hop Songs chart. The song has peaked at number four on the UK Singles Chart. The single has also been taking over on the Irish charts, peaking at number one in its second week. "Irreplaceable" is her fourth number-one as solo artist on Billboard Hot 100 chart. It is Beyoncé's eighth top ten hit in the U.S. as a solo artist and fourth number-one hit on the Billboard Hot R&B/Hip-Hop Songs. In December 2006, a Spanish-language version of "Irreplaceable" was released. "Irreplaceable" is now in its fifth consecutive week at number one on the Billboard Hot 100.

Beyoncé won her seventh MTV Video Music Award – "Best R&B Video" for "Check on It" – at the 2006 ceremony in August 31. She also performed her hit single "Ring The Alarm" at the awards ceremony. In September 2006, Beyoncé won three awards at the UK's MOBO Awards ceremony. In November 2006, she took home an award for "World's Best-Selling R&B Artist" at the 2006 World Music Awards.

Beyonce has also confirmed rumors to Univision that she and Latina superstar Shakira will be releasing a spanglish Latin Pop song entitled Beautiful Liar. This will be apart of the re-issue of B'day. The re-issue will include Deja Vu, Irreplaceable, and Ring the Alarm in Spanish. It will also feature Upgrade U, the T.I. version.

Beyoncé also has been hailed by Entertainment Weekly as the 7th Most Entertaining Person of the Year of 2006 and she was ranked the highest musician on the list.