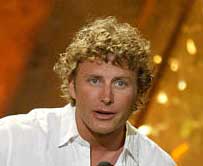 Dierks Bentley was born in Phoenix. He graduated from The Lawrenceville School, a prestigious New Jersey prep school in 1993 and moved to Nashville, Tennessee at the age of 19 where he attended Vanderbilt University for a short time. He was a member of the Sigma Alpha Epsilon fraternity during his time at Vanderbilt. He worked at The Nashville Network (TNN, now Spike TV) researching old footage of country
performances. In 2003, Capitol Nashville released Bentley's self-titled debut album, which featured his successful first single, "What Was I Thinkin'?," which went to number 1 on the country charts. Some of Dierks Bentley's more recent hits include "Come a Little Closer," "Settle for a Slowdown," and "Every Mile a Memory."

Get your Dierks Bentley Houston Rodeo tickets today for the best selection.

Bentley's musical style is considered to be more traditional than many of his contemporaries and often contains traditional themes of lost of forbidden love, drinking and cheating. "Lot Of Leavin' Left To Do", one of his biggest singles, is also reminiscent of Waylon Jennings' style of Outlaw country with Western Swing influences.

He frequently performs with Cross Canadian Ragweed. He has also recorded two songs, "Train Travelin'" and "Good Man Like Me" with the Del McCoury Band.

Bentley is a frequent punchline on the Opie and Anthony show on XM Satellite Radio. Usually when country music and/or Arnold Schwarzenegger films are brought up, Anthony will launch into his Arnold impression as "Dierks Bentley" - a name that the hosts think is more fitting for Arnold's characters, rather than the Anglo-American names Arnold's characters usually have.