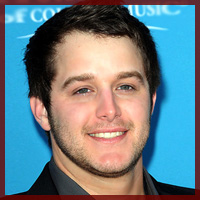 That album contained his #1 hits "A Little More Country Than That" and "Roll With It". In 2012 he released his 2nd album scoring hits with "Lovin' You Is Fun", and "All Over the Road". He's sold almost half a million albums and as many singles.

Checkout our information page for details and don't forget parking.

Don't miss your chance to see him at the Houston Rodeo