Cara was awarded as Breakthrough Artist of the Year at the 2016 Juno Awards. On March 7, 2016, the official video for "Wild Things" was released. 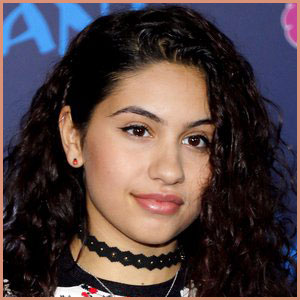 In April 2016, Cara was announced to be one of the supporting acts of British alternative rock band Coldplay in the European and North American legs of their A Head Full of Dreams Tour alongside British singer songwriter and Grammy winner Foxes. On June 23, 2016, Cara was featured in a re-released version of the song "Wild" by Troye Sivan. She played Glastonbury Festival on June 24, 2016, in the John Peel tent. The music video for Cara's single "How Far I'll Go", from the Disney film Moana, was released on November 3, 2016, and since then has received over 140 million views on YouTube. The song was written by Lin-Manuel Miranda, produced by Oak Felder and the video was directed by Aya Tanimura.

Cara released a music video for "Seventeen" in December 2016.

Cara performed on Saturday Night Live as the musical guest on February 4, 2017. On February 23, a lyric video of the song "Stay" by Zedd featuring Alessia Cara was released.

Cara featured on the song "1-800-273-8255" from Logic's Everybody album. The song was released as a single on April 28, 2017 and also features American singer-songwriter Khalid. Cara also made an appearance in the video which premiered on August 17, 2017 on Logic's Vevo Channel on YouTube.

On January 28, 2018, Cara was named the Best New Artist at the 2018 Grammy Awards making her the first Canadian artist to win this award.