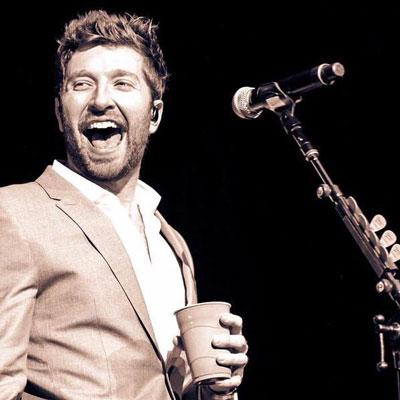 In 2010, he signed to Atlantic Records and released his debut single, “Raymond”. That same year, he was invited to play at the Grand Ole Opry.  His debut album, Bring You Back was released in 2013 and the single, “Don’t Ya” reached number one on the Country Airplay chart the same month. Since then, the album produced two more number one hits, “Beat of the Music” and “Mean to Me”.

The hit single, “Lose My Mind, is the lead single off his second album, Illinois. (Named after his home state.) In November of 2015 he released the second single from that album, “Drunk On Your Love”. Brett was an opening act for Taylor Swift’s Red Tour and puts on an excellent show.