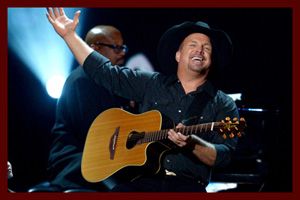 At each concert, Brooks and crew return to the stage and perform "The Fever". Brooks dances on a conveyor belt as the drummer's sphere rises above the stage. He may also perform acoustic covers of songs like "Amarillo By Morning", "Night Moves", and "Piano Man". Regardless, the encore set commonly concludes with the band returning to perform "Much Too Young (To Feel This Damn Old)"

Garth Brooks and the Magic of Christmas (1999)

Christmas Together (with Trisha Yearwood) (2016)