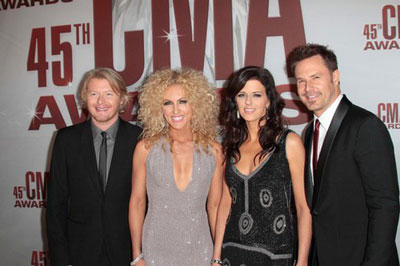 The group is made up of 4 foursome, 2 of whom are married to each other.

Their first record deal came in 2001 after signing with Mercury Nashville Records. Things didn’t work out well with the record company so they didn’t put out an album with them. There first album didn’t come out until the following year when a deal was signed with Monument Records in Nashville. The group then released the self-titled album which had 2 songs, "Don’t Waste My Time" and "Everything Changes".  The two slongs charted at 33 and 42 respectively and the rest is history.

Little Big Town has released 5 additional albums with 32 hit songs.  They've been nimonated for 66 awards and have won 14.  This group sounds amazing live and puts on a great show.  Buy your tickets to see Little Big Town today!