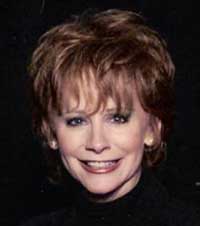 Reba McEntire (b. March 28, 1955) is a Grammy Award-winning singer and one of the best-selling country music performers of all time. Sometimes referred to as "The Queen of Country Music", she is known for her lively stage-shows and pop-tinged ballads. She also is known for her 22 #1 hits.

Reba McIntire is an all American country singer and actress who has sometimes been referred to as “The Queen of Country” having sold 57 million records in the US and more than 70 million world wide. This red head has a country soul and passionate Rodeo history . You can say this is “not her first Rodeo”.

She has issued 29 albums, with more than 60 million records sold as of 2006. Get your tickets today fot the best selection.

McEntire lent her voice to two feature films that were released in December, 2006. It is a sequel to Disney's animated 1981 feature,The Fox and The Hound.

The second movie is a live-action version remake of Charlotte's Web. McEntire voices "Betsy the Cow". Charlotte's Web was released nationwide on December 20, 2006.

She worked on a duets album, which could be her final album under the MCA label, released in 2007. Also in 2006, McEntire appeared on Dionne Warwick's My Friends and Me album. They duet on Warwick's classic I Say a Little Prayer.

She is the only artist with the longest consecutive span of hit country singles, scoring at least one Top 40 hit every year from 1978 to 2005, an impressive 28-year total. Her nearest competitor is George Strait, who has a current 26-year streak (1981-2006)